Guinea pigs can eat oat hay as it adds a variation to their diet chart. It’s fine if you feed oat hay to your guinea pig once in a while. Oat hay has a different taste and many guinea pigs like it. Moreover, you can also feed them oat hay if they need to gain weight.

However, just like other foods, you have to be careful of the quality of the product and the quantity of the hay to feed them.

Let’s know when your guinea pig should eat oat hay and which oat hay is the best for them.

Oat hay can be good for guinea pigs if you use it as an occasional treat or add it as a supporting food in their diet. However, it’s not good to feed them oat hay daily because it contains a high amount of fat. This can lead to unexpected weight gain and other health issues in the long run.

What is oat hay for guinea pigs?

Oat hay is just like dried grass and consists of a long stem with oats attached at the end. The seed head contains immature oat grain.

Generally, it’s allowed to get mature for its oats. But, it’s also cut early to use as food for small pets like guinea pigs.

Oat hay doesn’t look very good because of the yellowish color, but it provides a lot of nutrition for your little pigs.

The taste of the hay is also different from other hay.

However, the texture and count of oat hay can vary based on the harvest season.

Besides, you have to keep in mind that oats and straws are completely different even though they look almost similar in color.

When can you feed your guinea pigs oat hay?

You can offer your guinea pigs oat hay in the following situation.

Some adult guinea pigs don’t like first-cutting timothy hay. If your guinea pig is one of them, you can use oat hay to feed them.

If your guinea pig needs to gain weight, you can feed them oat hay as it contains fat and protein.

If your adult piggies require extra roughage, you can take help from oat hay, since it’s a good source of fibers.

Timothy hay may cause allergies to some guinea pigs. You can choose oat hay for them as an alternative if you face the same problem. Moreover, it’s not allergic to humans.

Adding variety to the diet

You can offer them oat hay to make the diet a little bit interesting. Little piggies like the variation in diet.

You have to give your guinea pigs a treat occasionally. This hay can be a good idea for that.

What are the benefits of oat hay for guinea pigs?

Here are the advantages of feeding guinea pigs oat hay.

Contains a lot of fibers

Guinea pigs need a lot of fiber in their diet. Oat hay is a great source of fiber because of the leaf and thick stem. This can help prevent GI stasis and improve the digestive system.

This hay also contains a good amount of protein that helps build your little piggy’s body. So, it can be helpful for those piggies who need extra proteins.

Guinea pigs need a balanced diet and oat hay can be a good option to maintain it. This hay possesses high fibers, protein, and fat. Not only that it provides plenty of vitamins and minerals.

Besides, the calcium level is 0.4%, which is not so high.

If you pick a product from a good brand such as oxbow oat hay, they will get adequate nutrition from it.

Here is the average nutritional value of oat hay:

Because of the fat presented, you can feed little pigs oat hay to increase their weight. It can be a great option if one of them is underweight.

Your guinea pig can experience a unique taste from this hay. It can be also used to make a variation in diet.

Oat hay is good food for adult guinea pigs, especially when you have to provide them with extra nutrients. It can also be beneficial if they don’t prefer 1st cutting Timothy hay.

Works great as a treat

Oat hay can be effective as treat for your guinea pigs because of its distinct taste. It can also be better than other treats that are maybe junk food for them.

When your little piggies get sick, they may become weak and need more nutrients. In these circumstances, oat hay can help them get their strength back.

However, you should consult your vet if they are allowed to eat it when they are seriously ill.

What are the drawbacks of oat hay for guinea pigs?

Following are the disadvantages of oat hay for guinea pigs.

A high amount of fat

Oat hay possesses a high quantity of fat. So, eating too much can lead to obesity or unexpected weight gain. Excess weight is bad for guinea pigs’ general health.

Not good for regular use

Guinea pig needs balanced nutrition in their diet. So, you have to choose good food for them to feed regularly. If you feed certain nutrients too much, it can cause various medical issues. Oat hay contains high fat and proteins, so you can’t feed it every day.

Can’t be fed too much

As oat hay can’t maintain a good nutrition status for your guinea pigs, feeding too much of it can cause diarrhea, obesity, and other health issues.

Disliked by some guinea pigs

This hay tastes different from other hay as it contains oats and comes from a different plant. So, some guinea pigs may not like it.

Oat hay vs timothy hay: Which is better?

Timothy hay is better than oat hay because guinea pigs need timothy hay in their everyday diet and can eat it in unlimited quantities. However, oat hay can also be beneficial if you feed them as an occasional treat and provide extra nutrition.

The main difference between oat and timothy hay is that oat hay consists of long stems with oats on the end while timothy hay doesn’t have any oat-like structure.

Timothy hay is the most popular hay and is commonly fed to guinea pigs. On the other hand. Oat hay is not so popular and the owner uses it occasionally.

Both hays offer a lot of fibers, but oat hay provides more fat and proteins than timothy hay.

Can guinea pig eat oat hay instead of timothy hay?

You can’t feed oat hay instead of timothy hay as the main diet because it contains a high amount of fat and proteins. Moreover, it’s not great forage for guinea pigs for their digestive system and dental health.

Oxbow offers the best quality oat hay for guinea pigs. This hay is rich in fibers, but low in proteins. So, it’s safe for your guinea pigs to feed them occasionally.

Moreover, Oxbow Oat Hay comes from high-quality grass and offers a pleasant taste and smell. It consists of immature oat gains that are also beneficial for the piggies.

You can also use it in an emergency for a day or two as an alternative to regular hay.

You can feed a guinea pig oat hay safely without any issue occasionally as a treat to change their taste or to provide additional nutrition to gain weight or improve their health.

However, guinea pigs can’t eat oat hay regularly like timothy or orchard hay because it contains too much fat and is not suitable to fulfill all the requirements that regular hay can. 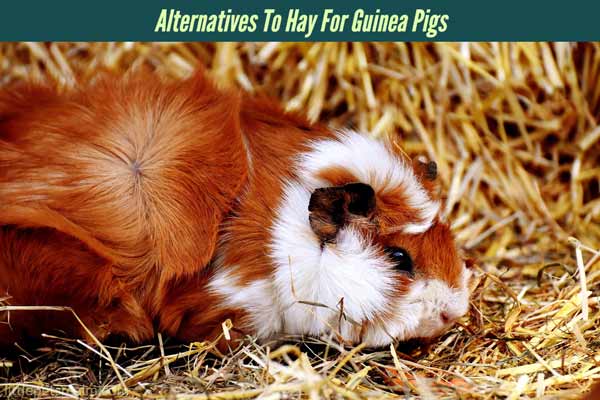 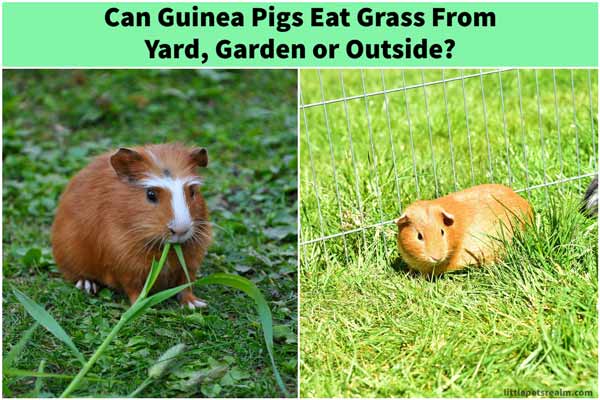